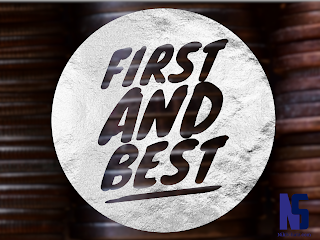 In my church background, I was taught the concept of tithing. The word literally means “one tenth”, so a Christian who tithes to her church is one who gives 1/10 of her income.

Here’s what I want to do in this post. I want to show you what the Old Testament (OT) practice of tithing looked like. I’ll then, in a later post, have to give an explanation of what this means for Christians today, since we do not follow the OT law. Finally, I will leave you with some principles we can follow today.

This idea of the tithe, where tithing came from, and how much the Jews tithed is shrouded in mystery.[1] Hopefully I can bring some clarity by describing the three different tithes they paid: the Levitical tithe, the festival tithe, and the poor tithe.

Numbers 18:21 “I give to the Levites all the tithes in Israel as their inheritance in return for the work they do while serving at the tent of meeting.”

All of the Israelites were required to pay 1/10 of their income to pay for the livelihood of the Levites. Israel was made up of 12 tribes – Dan, Judah, Levi, etc. – named after the 12 sons of Israel. The family of Levi became the priestly tribe. This means that they managed religious responsibility to the nation. Some of them were priests, others tended to the temple/tabernacle building, some were involved in worship, and a few were involved in managing the sacrificial system, among other tasks.

These religious responsibilities meant two things for those were Levites: (1) First, they did not get an inheritance of land. When the Israelites moved in to Canaan, each tribe and the families in the tribe received a portion of land for their crops, cattle, and home. The Levites did not receive an allotment of land, and hence could not raise large farms. (2) Secondly, their work didn’t result in any kind of real increase. Those who were farmers raised crops which they could eat, sell, or trade. Fishermen caught fish which they could eat, sell, or trade. But if you are a Levite, spending your days working on the temple or assisting in sacrifices and worship do not leave you with anything to eat, sell, or trade.

So the other 11 tribes of Israel were required by the Mosaic law to give a tithe (1/10th of the increase from their land) to compensate the Levites. This could be in the form of almost anything: animals, land, seed, wine, oil, grain, vegetables, or fruit.[2] The Levites then paid 1/10 of what they received to the priests.[3]

Deuteronomy 14:22–23 Be sure to set aside a tenth of all that your fields produce each year. Eat the tithe of your grain, new wine and olive oil, and the firstborn of your herds and flocks in the presence of the LORD your God at the place he will choose as a dwelling for his Name, so that you may learn to revere the LORD your God always.

There was an additional tithe that the Israelites had to pay; by additional, I mean an extra 10%. The major distinction of this tithe is that the funds or possessions were used on one’s self. Every family would save up 1/10 of their annual income, and every year they would go to the place God wanted them to worship and celebrate for a few days. If they couldn’t travel with all that, they could even sell their tithe for money, travel there, and then buy whatever they wanted to celebrate with – sheep, oxen, alcohol – “whatever you desire… whatever your appetite craves.” And the money or food was used for worship during a festival. Everything was spent or used on one's own family and their servants, and to include the poor, widows, orphans, and sojourners in the festivities.

Deuteronomy 14:28–29 At the end of every three years, bring all the tithes of that year’s produce and store it in your towns, so that the Levites (who have no allotment or inheritance of their own) and the foreigners, the fatherless and the widows who live in your towns may come and eat and be satisfied, and so that the LORD your God may bless you in all the work of your hands.

This is another tithe in addition to the Levitical and Festival tithes. The Poor tithe was only collected once every three years. It provided food for the Levites, orphans, sojourners, widows, and the poor. Since this was collected only once every three years, it accounted for 1/3 of one’s annual income. If we add all three of these tithes together, we find out that the Israelites were paying 23% of their income every year.

There’s actually several other things the Israelites were required to give back to God and the community. Things like offerings, alms for the poor, temple taxes, and so forth.

Offerings. Offerings were gifts given to God as an act of worship and devotion. There were several kinds of offerings:[4]

Alms. Our God is definitely a God who looks out for the underdog. There are numerous laws that work in favor of the poor, widows, orphans, and sojourners.


And many others that appear throughout the OT:[5]

There you have a brief overview of the OT tithe requirements. Next week, I will explain why I believe Christians today are no longer under obligation to “tithe” to the church. But this doesn’t mean God doesn’t want our money, or that we can drop a $20 in the plate every few months and feel good about ourselves. There was an expectation that one’s money was to be used for God’s glory and to help those in need – and that is still an expectation.