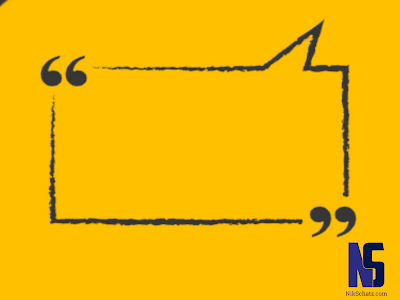 Good morning. It’s a privilege to be here with you at this town meeting. My name is Nutesh and my family has been in this providence of Babylon since the days of Hammurabi. I am a long-time Babylonian and I love this empire. Have any of you been out to the Hanging Gardens recently? With the turn of the season, it’s the perfect time to visit. It’s gorgeous what they’ve done there.

Let’s get down to business. As you all know, immigrants entering out empire has become a massive problem for us locals. Everywhere I go I see them. In the market, the bathhouse, the gardens, the theatre, or the public square. (1) It is costing the government a ton of money, (2) it is causing a problem on the job market and some immigrants are even stealing local jobs, (3) and most annoyingly it’s causing us to lose our distinction.

However, the latest batch of refuges who moved in last year seem different. The announcement from Nebuchadnezzar said they came from Judah. And they act so much different from the refuges I’ve interacted with from Mesopotamia Have any of you been able to talk with any of the Judean refugees?

They’ve taken up residence here. They are buying up several houses in my development. They are growing farms. They are marrying local guys and girls and raising kids in our neighborhoods and schools.

The Judeans are so different from the other Mesopotamians. The refuges from Mesopotamia seem to stick to themselves. They build houses close to each other, they keep their own traditions, they’ve set up their own restaurants and shops, they speak their own languages and dialects and never try to learn ours. In general they keep to themselves. Whatever, right?

But the Judean refugees shop where I shop. I see them at the gym I go to. Some have started working at the bakery with me. Many of them actually strike up conversations with me and my friends. Different, right?

The Judeans have become a part of the city. I went to the latest parade in the town square and saw several refugees there. For starters, I was pretty shocked to see them involved in our community stuff. Like I said before, refugees don’t come to our events; they do their own events and invite their own people.

But what was more surprising is how involved they were. Many of them were wearing neighborhood swag. I saw them working in the vendor shops. Everywhere I looked it seemed there were Judean artists, musicians, politicians, and business people.

One of the most notable differences between the Judeans and other refugees is how much they care about Babylon. They genuinely care about the welfare of our cities. It’s not uncommon for me to see them talking with the homeless, or collecting food for the poor, or delivering meals to the police. They come to the PTA meetings. They talk with the local politicians. They put “be kind” bumper stickers on their cars.

The Mesopotamian refugees seem distant and self-absorbed. I know it must be tough being forced to move your family away from your neighborhood and exiled to Babylonia, so I don’t want to judge. But the Judeans seem to be the only refugees who are making the most of it. And they don’t even consider themselves exiles anymore – they consider themselves Babylonians!

I say all that for this reason: I’m usually not too fond of foreigners coming in here and neglecting our gods while worshipping their own. I don’t think it’s good for Babylon and I don’t think the gods are impressed with that kind of attitude. Yet I had some conversations with one of the refugees from Judah about his god – Yahweh they call him. He says that the Judeans are for our empire, they are for our community, and they are for Babylon. But they have been instructed by their prophets NOT to adopt our gods.

Because the Judeans have integrated so well, and because they genuinely care about this empire and are so intentional about planting their roots here, I propose that we welcome them into our circles and stop ostracizing them like the other exiles. Yes, I know they have some weird food laws that restrict them from eating pork and stuff; and I realize their dress with the phylacteries and head coverings are a bit unusual; and that Shema chant they go through every day is odd. But I suspect that if we let them become insiders with us Babylonians that it will be good for the empire. And we may even learn a thing or two from their god, Yahweh.