Families in the New Testament World 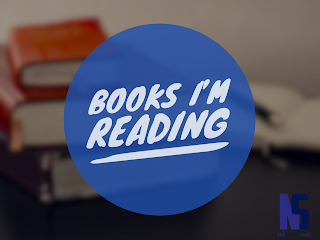 I love reading background books on the ancient world. They help me get a visual for what life was like for men, women, and children during the times of the Bible. Families in the New Testament World is a dense book, but any student of the Bible can enjoy it. There are a few dry spots - sections about ancient architecture, Roman law, etc. - but overall it's a good read. The authors give an overview of what life was like for families living in the 1st-3rd centuries of Rome.

Below is a sampling of my favorite chapters and key insights:

The NT world revolved around patronage. Patronage is basically looking around at all the relationships I have with other people and considering how those relationships can benefit me. You and I have insurance, a police force, government-provided schooling and welfare, and so on. This was not the reality of those living in the first century. If I was weak or poor, I would have to depend upon the wealth or influence of those more powerful than myself. If I were rich or influential, I would have to depend upon the support and good rapport from those poor and weak who I serve. “The key is reciprocity” (50)

Gender roles was another key idea from chapter three. In general, the male world was the public world and the female world happened within domestic space. This does not mean women were always changing diapers and washing dishes. The home, actually, was not a place you went when work was finished; it was a place where much of your work was done. Everything from entertaining important people, to making business deals, to production, was done in the home. But the man was the one who left the house most frequently to deal with the “public world”. Part of the reason for this was everyone’s view of women.

Unfortunately, men and even doctors and educators thought of women as “soft, undisciplined, and passionate,” while men were thought to be the opposite [55]. Legal power, property rights, and freedom was in the hands of men, not women. Marriage perpetuated this - the average age of marriage for women was 14-18, while the age for men was 30. All this helps me better understand places in the NT that deal with topics like marriage and caring for widows. In particular, this explains why marriage seems to lack that “lovey-dovey” treatment in the NT. The bible tends to describe marriage as a contract more than a madly-in-love relationships (though there are exceptions).

Life for children in this culture was downright petrifying. If you even survived childhood (life expectancy was pretty low - ⅓ of children died before age 10 [67]). Kids weren’t even named until a week after birth, just in case he died or was unwanted [83].

The goal for children was to get childhood over with as quickly as possible and become a contributing adult within society. Children were often beaten in school and grew up in a violent society fueled by gladiatorial games. Children were taken advantage of sexually, even by their teachers (though more in Greek society than in Rome). All this gives some perspective to how Jesus viewed and treated children. At one point he threatened that if anyone messed with a kid, it would better for them to have a millstone tied around their neck and then tossed into the ocean than to face their Creator (Matt. 18:6)!

Religion seeped into every aspect of life. During NT times, there was hardly a secular/spiritual divide [82-86]. Communities and families had personal gods which they took with them when they moved or married. And those gods were everywhere - shrines in the home to bless the family, figurines in the pantry to protect the food, shrines were adorned in workshops and apartment buildings, and wall paintings in various locations. Everything you did was a form of worship to some god; however, everything you did also had the potential to tick off the gods.

The first century world was structures by class. By class, I don’t mean “upper class” or “lower class”. I mean status. People had opportunity, privileges, access, protection, information, and prestige based on their status. Status was measured by several factors: whether you were free or slave, whether or not you owned property, whether or not you were a citizen, your occupation, your wealth, your gender, your social connections, and such [91-92]. The author stresses that there was no “middle class” as we understand it today. You were either powerful or insignificant; highborn or lowborn [94].

Evidence shows that early Christians were from every level of class or status. Poor and rich, free and slave, powerful and weak, educated and uneducated. This shows us why the NT writers harp on serving, humility, and unity.

Relationships and worship almost always involved food. When house churches met, they began their time with a meal. Food was served, wine was poured, and someone taught [203]. Most likely everyone brought food - potluck style - and whatever was left over was distributed to those who were poor or couldn’t make the meeting due to scheduling or because the house was too full [212].

Hospitality was the lifeblood of the early church. Whether Christians were entertaining travelers, housing missionaries, or hosting worship services, the homes of these Christians is where relationships happened. The church didn’t own buildings, or property, or missionary houses. For us post-Christendom people, it may seem like churches have always had buildings, specific worship times, and office hours. No, all this was done in homes.

Hospitality was crucial for evangelism [208]. The author describes the home as a “base for mission” [207]. Having outsiders over for meals and sharing the gospel happened frequently. And outsiders were invited to worship or hear Christian teaching in homes. In many ways, not much has changed. Our homes today are the best way to share the gospel and keep each other accountable as we follow Jesus together.

One final thought - I hear people bemoan our society quite often. They say things to me like “I can’t imagine raising kids in this society” or “This whole country has fallen off the deep end”. After reading historical books like this one, I’m very glad to be living in 21st century America. I would much rather raise my children here and now. I would much rather be a Christian here and now.

How did those early Christians follow Jesus in that kind of society? I think part of their success was their expectations; they had high expectations for those who were in their local church, and absolutely no expectation for those who weren’t part of the fold to follow the Christian rules. We can learn a lot from them.
Posted by Nik
Email ThisBlogThis!Share to TwitterShare to FacebookShare to Pinterest
Labels: Books I'm Reading, Culture, Family, Family Worship