Why is Easter that big a Deal? 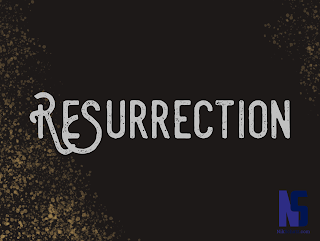 Like most of you, I read a decent number of books. Few of those books have life-altering effects on me, though they’re helpful to read. However, in the last six month I’ve read two books that together have been paradigm shifting reads. Together they have deeply impacted the way I think about theology and my faith.

Here’s the two books: Irresistible by Andy Stanley (I’ve written a synopsis of his book here) and The Resurrection of the Son of God by N.T. Wright (full transparency, I didn’t read every single page of this 800+ volume).

Stanley very clearly states that the resurrection of Jesus is THE foundation of our faith. The more I chew on this, the more I read his words and argued with him in my mind, and the more I test that theory - the more I think he’s right. Jesus’ resurrection is THE key event on which all of Christianity hangs.

I do not believe in God or follow Jesus because of the Bible. Or proofs of God in nature. Or because of any apologetic. I follow Jesus because I firmly believe he rose from the dead. And anyone who wants to walk away from Jesus because they can’t believe in a literal six-day creation account, or can’t accept that Jonah was really swallowed by a whale, or believes the Old Testament was actually written long after the exile, or the miracles in Acts are false, etc., is walking away from Jesus on shallow grounds. Those things are important to talk about. But I don’t follow Jesus or believe he is alive and real because of any of that other stuff. My faith rests entirely and solely on a belief that a man literally, bodily, historically, physically rose from the dead.

Wright rests his proof on two things: the empty tomb and the appearances of Jesus. Even outside of the Bible text we see people writing about the resurrection. People saw him alive after the crucifixion - if it were only a handful of people, and they saw him at different times, we could doubt it. It’s common for people to “see” someone they loved after death (after my dad died last Summer I had a few moments where I thought I saw him…) But for hundreds of people to see him, at various places, and together… that’s more believable. I can imagine watching Jesus eat fish with me, but if four of us saw the same things and, by golly, the fish we handed him is gone from his plate, it really happened! Pair this with an empty tomb - the body GONE - is solid evidence.

Stanley adds several more points. For instance, if it were a hoax to steal the body and make up a resurrection, why would they proclaim this to their death (painful deaths) to declare a lie? Why would the apostles die trying to convince people that Jesus rose from the dead if they knew it wasn’t true?