An Open Letter to Elders 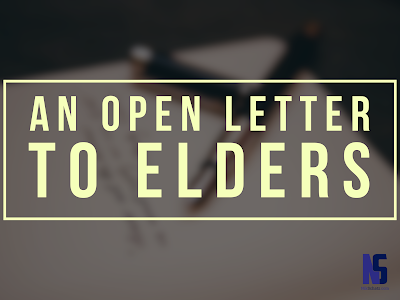 If you are in church leadership, you've been through a year. Everyone has been through a year. You are likely concerned about finances, having a hard time getting the church community reconnected, and fighting daily to maintain unity.
Let's face it: this is not an enticing season to be in church leadership. In the years to come, none of you will be able to boast about how you lead the church through a big building project. Or a massive mission’s endeavor. Or an exciting church-planting season. Or a Spirit-led attendance boom. Your tenure as an elder will not be something to write home about. Nobody will walk up to you in the lobby ten years from now and ask "What was it like leading this church back in the early 2020s?!"
The twelve months will not be ‘building-back’ months. Instead, you are entering a period of stabilizing. Your role during this next year, and possibly the next two or three years, will be to keep the ship afloat. You will deal with crisis; you will deal with heartache and instability; you will deal with disunity and fragmentation. You will be the overlooked men and women who lead the church through a once-in-century global catastrophe. Few will notice. Fewer will thank you.
But here's the encouraging part: Our Heavenly Father knew exactly who He needed to bring stability during this insane season. YOU. You are the person for the job.
Bring stability. Create unity. Model patience.
Posted by Nik
Email ThisBlogThis!Share to TwitterShare to FacebookShare to Pinterest
Labels: Church Leadership, Leadership, Ministry, Spiritual Leadership, Unity