But I Followed All The Rules! 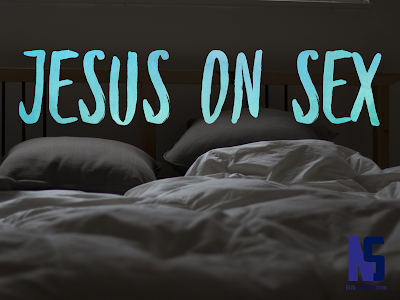 Perhaps you’ve heard that using biblical principles to guide your life sets you up for success. Heeding the book of Proverbs in your money management will result in financial stability. Learning leadership lessons from the Old Testament kings and judges makes you a more competent businessman. And sexually speaking, following the rules on sex sets you up for a blissful marriage someday.

All that is true and good.
Except when it’s not.

Here you are reading my material from Jesus on Sex, thinking “I’ve kept all the rules, but my sex life is NOT what I hoped it would be.” There are many Christian singles and marrieds who feel let down by God regarding their sex life. They survived the Purity Movement of the 90’s – from the “True Love Waits” campaign to the “I Kissed Dating Goodbye” book to youth group purity pledges – abstaining, waiting, and resisting. The movement was great in many ways. It taught scriptural principles of sex and held a high view of marriage.

But somehow promises were made… promises that cannot be kept.[1]

You stayed clear of hooking up and shacking up. You’ve abstained from sex and pornography, you’ve treated those of the opposite sex with respect, and you’ve dated selectively. And you were told that if you did so, God would provide you with just the right spouse. Marriage was just around the corner and it would be amazing.

Except marriage never came. And you are lonely. And it is not amazing.

And you married right. You and your bride/groom were virgins on your wedding night. There were evenings of temptation, opportunities to engage sexually. But you were told that if you maintained your integrity, accepted premarital counseling, and took your time that the honeymoon would be fireworks.

Except it wasn’t. And your sex life, or your marriage, is disappointing.

Perhaps your sexual frustration is with yourself.

Sex was described in gross terms, abstinence was the highest value and modesty was harped on.[2] Now that you are married, turning the switch from “don’t ever” to “do it often” has not been as easy as you thought it would be.


What does Jesus have to say about this?


I’m not going to pretend to make your frustrations disappear. Sexual dissatisfaction, especially after following all the supposed rules, is not an emotional battle you can recover from by reading a blog post. However, I believe Jesus may help us see this from a different perspective.

People asked Jesus some really odd questions, including one that went something like this: “Hey Jesus – when I die and go to heaven, will my heavenly wife be my current wife or my former wife?” (see Matthew 22:24-28) Jesus basically tells him that marriage and sex are temporary. In the next life, these practices and categories do not exist.

And singleness is just as temporary as marriage. Many long for marriage because the loneliness of being single is unbearable. Others long to be divorced because their marriage really stinks. And yet some are divorced or have lost their spouse and are just as miserable. Dysfunctional relationships and loneliness are temporary, evils that only exist in this life.

For the Christian, our sexuality is a part of our overall discipleship.[3] Honoring God with our bodies is par for the course when we sign up for a lifetime of following Jesus. He was pretty clear that following him included denying ourselves. And by the way, he asked the disciples to “deny yourself”, not to “deny yourself this or that”. Sometimes this denial is forfeiting the pleasures of our own soul.

And sometimes following all the rules results in suffering. Jesus was well aware of what it meant to be ostracized sexually. Although his parents followed the rules, he was ridiculed even into adulthood. “At least we weren’t born bastards!” the other teachers would say (see John 8:39-41). And he told us that resisting sexual temptation could be so irresistible that remaining pure might seem impossible unless we pluck out our eyes or cut off our limbs (see Matthew 18:6-9). Neither Jesus nor I recommend this, he was using hyperbole to describe what is can be like resisting sexual urges.

Following Jesus with our heart, mind, and body is not always about experience; it’s about character.

Being a Christian isn’t about having Jesus make your life perfect; it includes suffering. Promises were never made… by God at least.